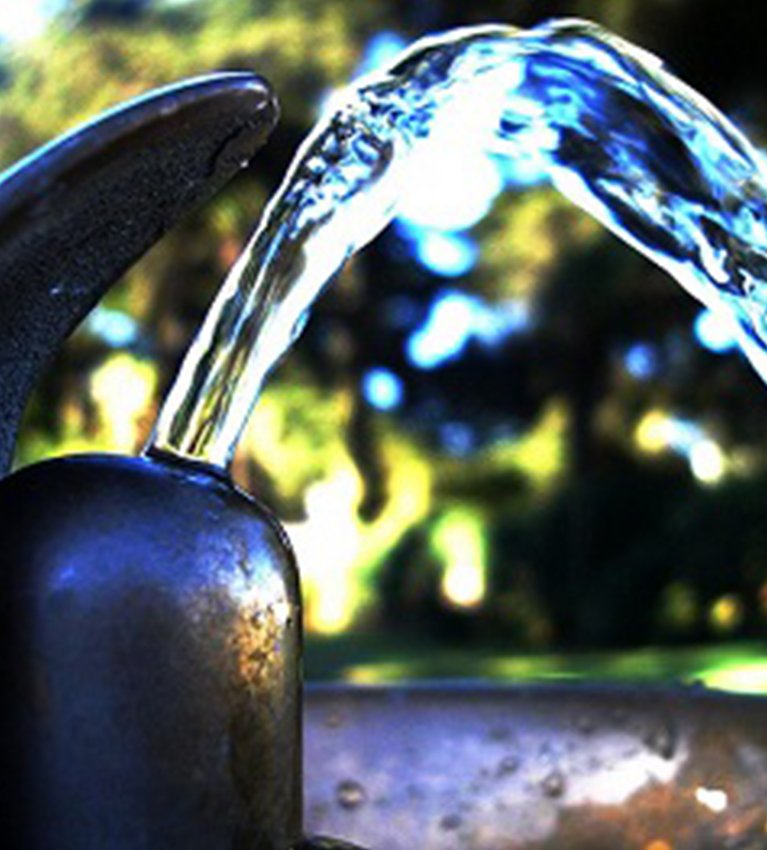 10 Aug The Fight For Clean Water

We tend to neglect and at times even forget the bare essentials that are needed within our daily exercise of living.  We wait alongside to defend ourselves from foreign threats that appear to us in familiar forms. Yet we are as blinded to the threats directly in front of us as they play a larger part in our development and evolution. The contamination of our natural resources becomes dire to our very existence. Purification of our minerals isn’t often seen as a plight, due to the many levels of our oppressive circumstance, this crisis falls under “out of sight, out of mind”.  With so many external forces against impoverished communities, the crisis for clean drinking water becomes ever so eminent. The infliction that is contributed to intoxicated water circulates within our communities, contributing to illnesses that have claimed numbers with no end. Without the proper education brought to the forefront surrounding much of our public drinking water, we are watching the roots being poisoned from below before life has the ability to spring forth.

A variety of chemicals exist in public water, a few that can be named are fluoridation, chlorine, aluminum, lead, mercury, zinc and many other detrimental chemicals without a resistant force to stop it. This isn’t a secret and many rumors have circulated causing a widespread of critical thinking. This thinking has allowed people to do there due diligence regarding chemicals in the water supply. Still, a majority of people have yet to be made aware of the effects of the drinking water being contaminated through fluoridation and other deadly pollutants. With the lack of formal education on when, why, and how the procedure was started and how it affects us, creates a blind-spot for us with immense vulnerability. Fluoride is a major chemical that has been put into many types of products that we use on a regular basis. What the chemical is most famously known for is being a key ingredient in toothpaste and its wide promotion in the dental industry.

What many people don’t know about Fluoride and some of its more historical uses, is its early beginnings and manifestation in Germany. Fluoridation had its first instances in the water during the second world war, in Nazi Germany’s ghettoes and prison camps. Nazi soldiers had used fluoride on the inmates’ water for sterilization, other deliberate reasons aided in making the detainees become more docile and subservient subjects willing to comply with orders. We found this to be a fact that water is being contaminated with over a dozen different toxic chemicals. Where many of these chemicals are being deliberately implemented into the impoverished neighborhoods within America, which consist of the highest populations of the Black and Brown communities.  America has deliberately contaminated its drinking supply to target ethnicities of poorer, impoverished, poverty-stricken communities in all corners of the United States. This has created the water to be formulated into a toxic concoction with no hard evidence on the adverse effects of these mixtures within a chemical reaction. We will find local government officials involved in conspiratorial levels. It will continue funneling all the way up while being federally mandated by high ranking congressional staff, they will be the root of allowing such monstrosities to take place.

In 1954 a research chemist by the name of Charles Perkins wrote a letter to the Lee Foundation for Nutritional Research. What the letter entailed gave intriguing details supporting the effects of fluoride. Charles stated that in low doses over a long period of time fluoride will destroy the part of the brain that is resistant to tyranny and unlawful coercion and control. In 1944, a year before water fluoridation first took instances in the United States, the Journal of the American Dental Association reported that fluoride in water would cause 50% of Americans to need false teeth. They had done a global study with over 400,000 students showing that tooth decay increased by 25% with just 1ppm (parts per million) of fluoride in drinking water.

Fluoride is one of the basic ingredients in military-grade nerve gas, Sodium Fluoride is the hazardous waste by-product from the manufacture of aluminum and fertilizer and it’s also a common ingredient in roach and rat poison. The misconception is that fluoride is a chemical that is globally used, but the facts remain that many countries have rejected it for its negative connotations. Internationally chemicals such as Fluoride, Chlorine, Mercury, Zinc, Arsenic, and Aluminum are not globally receptive to public drinking water. Countries such as France, Germany, Japan, Sweden, Denmark, Holland, Finland, India, and Great Britain just to name a few. While many communities in the United States have taken action to provide clean drinking water for their children and neighborhoods. This chemical is still being induced into impoverished and on a lighter scale middle-class neighborhoods all across the country, if we know all this why? Fluoride has been found to be directly linked to Premature Births, Brain Degradation, Bone Loss, Cancer, and Hormone Disruption. This chemical has never been approved by the FDA, yet is on the market, this is why toothpaste with Fluoride even contains a disclaimer to call poison control if ingested. A silent yet deadly eugenic mass experiment that is being practiced on countless minorities inside various communities.

Many alternatives exist to rebuke the need of ingesting fluoride, yet at a higher cost. Getting alkaline and ionized water with a strong PH balance or that which retains a high level of electrolytes. Fluoride can also be removed through the process of reverse osmosis or non-existent in spring water. Creating a platform where a higher grade of water can be brought into the communities vs. the acidic water that exists. Using substitutes for toothpaste that don’t contain the fluoride chemical, such as the natural cleaning compound Neem, which is another way to reduce your fluoride intake. Poorer neighborhoods are not educated nor provided the resources for access to the abundance of these non-chemical contaminated minerals. Being aware of the many levels where there are disadvantages in turn creates new advantages, removing the psychological shackles placed around one’s mind, where in-turn we become conditioned to entrapping ourselves. The conditioning program is deep, this is a single step in taking back power on the road to thinking, drinking, and allowing our children a legacy of becoming free.